Find your favorite anime characters in figurines in our store! Discover

Premium Bandai announces the re-release of the MG 1/100 Musha Gundam Mk-II Tokugawa Ieyasu ver. in its "Tokugawa Ieyasu" design and colors to commemorate the Bandai Namco Live TV Sengoku Special airing from 9:00 pm on November 24, 2023.
This kit is not without reminding the famous golden armor "Kin Tamenuri Gusoku" kept in Edo castle of the first shogun of the Tokugawa Shogunate of Japan: Tokugawa Ieyasu.

This version of the Musha MK-II shares a part of the molds with the other Musha MK-II models. The parts are here molded in light brown for its main armor parts. It has a new head. It is also completed with a sheet of stickers with traditional Japanese patterns for its arms and legs to bring additional details. 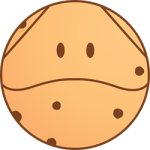